Training You How to
Sell and Serve Alcohol Responsibly 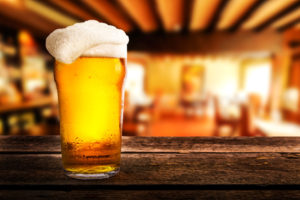 Alcohol sales are some of the most prevalent in America. In fact, at least 24.3 million people have purchased beer in a nightclub or bar within the last 30 days alone. But if your establishment serves alcohol, it’s important to follow the proper ABC permit and licensing guidelines to a tee.

Here’s a short guide for business owners in Tennessee to help build a better knowledge of just what needs to happen for proper TABC compliance.

Pregnancy Warnings Are Not Optional
When an establishment sells alcoholic beverages, it is required by law to display a pregnancy warning. According to guidelines from the TABC, this warning must be posted “in a prominent place, easily seen by customers.” This is essential, as not having a sign posted can result in a fine of $25 per day.

Servers Have a Limited ABC Class Window
When a server is hired, they have exactly 61 days from the day they began serving to acquire an ABC permit. This means there is a small, two month window in which a server must take ABC classes and obtain a permit. Needless to say, it’s better to acquire this permit sooner rather than later.

There Is No Grace Period After a Permit Expires
A server permit is good for five years, after which it will expire. Unfortunately, there’s no grace period between a permit’s expiration and when a server must apply for new documentation. This means a permit must be renewed before its expiration date!

Establishments Must Keep Copies of ABC Permits
Every server working with alcoholic beverages should have a permit to do so. In addition, the establishment in which they work must have a copy of that permit for every server. That means as soon as a permit has been issued, a server should bring it to their place of employment so the appropriate copies can be created.

Acquiring server permits is only half the battle. The rest involves keeping up to date on standards, restaurant requirements, and general knowledge about the serving and consuming of alcoholic beverages. Make sure you and your staff are adequately informed.